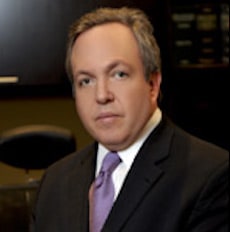 Scott L. Silver is the managing partner of Silver Law Group, a nationally-recognized securities and investment fraud law firm. We are passionate investor advocates for victims of Wall Street malfeasance and only represent investors and employees in claims against brokerage firms, investment advisors, hedge funds, and other members of the financial services industry. Since the inception of the SEC Whistleblower Program, we have been leaders in the field and represent multiple SEC whistleblowers. We speak frequently on the topic at industry conferences, law schools and elsewhere and frequently write about the SEC whistleblower program and how to best maximize an award.

Scott focuses his law practice on whistleblower claims, securities arbitration, and litigation and plaintiff-side class action litigation. Scott also routinely serves as counsel to receivers and trustees in matters relating to the recovery of investor losses in Ponzi schemes.

Initially from New York, Scott graduated from the University of Miami, School of Law in 1996 and joined Gusrae Kaplan, a Wall Street law firm that was founded by a former Chief Attorney of the SEC’s Division of Enforcement and specializes in the defense of brokerage firms in FINRA, SEC, NYSE, and court matters. While working at Gusrae Kaplan, Scott learned the strategies employed by brokerage firms to defend against investor claims.

In 2002, Scott Silver relocated to south Florida, where he brought his insight and understanding of the inner workings of Wall Street, becoming a named partner in a leading plaintiff’s firm.

Scott has served as trial counsel in several cases and arbitrations including a $7 million FINRA arbitration award against former UBS Financial Services, Inc.’s broker Gary Gross in 2009. Scott was awarded the 2009 Daily Business Review’s Most Effective Lawyer award for securities litigation for his work on the Gary Gross case. In 2010 and 2011, Scott was nominated for inclusion in Florida Trend magazine’s Legal Elite. In 2022, Scott was re-elected as the co-chair of the American Association for Justice (“AAJ”) Securities Litigation Group, a position he still holds.

With extensive experience in arbitration before the Financial Industry Regulatory Authority (FINRA), the National Futures Association (NFA), and the American Arbitration Association (AAA), Scott has recovered millions of dollars on behalf of aggrieved investors through arbitration and the courts. He has represented clients throughout the United States as well as in Europe, South America, Israel, and elsewhere.

Scott frequently contributes to various publications and has authored numerous articles relating to securities and investment fraud, and recently wrote a widely accepted primer on the SEC’s Whistleblower program.

American Association of Justice
Chairman of the Securities Committee

Scott Silver, managing partner of Silver Law Group, regularly speaks to legal and other groups about how to avoid being a victim of investment fraud and other topics. Please contact Scott's office at 954-755-4799 if you would like him to speak to your group.